Australia Waste Export 🌏 – Why It Is Unfair For Other Countries

Australia Waste Export 🌏: more than 3 years ago, China sent the world into a shock and announced a waste import ban. The waste ban itself happened on 1 January 2018.

Australia suffered greatly from this. Back then, China took almost all of the world’s waste, accumulating to more than 50 per cent of rubbish. As a result, Australia looked to other countries to export its rubbish, trash, garbage (whatever you prefer to call it, really). They sought out a number of Southeast Asian countries like Indonesia, Malaysia, and the Philippines.

These countries took in heaps of rubbish from Australia. Just in 2017, a report stated that Australia produced 67 million tonnes of waste. Unlike China, a recycling behemoth, these Southeast countries can’t even compare in size and facilities, so dumping that much waste seems unfair.

Ultimately, let us discuss why this seems unfair for the Southeast Asian countries.

Let’s take a breather about the topic on Australia Waste Export and discuss first what Waster is.

Waster is an innovative solution for all your waste management and recycling needs. Additionally, Waster offers flexible 30-days contracts, as opposed to lock-in contracts.

Now, let us continue with the blog about Australia waste export. 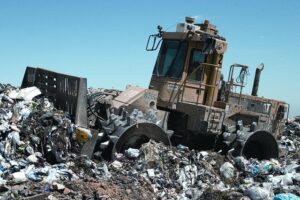 Australia should definitely put more emphasis on recycling rubbish produced, instead of dumping heaps and heaps of them in other countries. Implementing better waste management and recycling programmes will help us better increase our recycling rate. Moreover, they can try to properly manage the amount of waste they export to other countries. But another thing they could do is ban waste export in Australia.

As a result, the Southeast Asian countries stated that they will not tolerate being treated as dumping grounds for overseas waste.

How did the other Southeast Asian countries suffer from this?

Whose garbage do they receive?

First of all, let us find out which countries export their rubish to Southeast Asian countries.

The garbage belongs to a number of developed countries. Countries like Canada, the US, France, Belgium, Germany, Spain, the Netherlands, Australia, and the UK suffered greatly due to the China waste ban, so they sought the help of these developing countries, instead.

Last July 2019, did you know that Indonesia sent rubbish back to Australia, saying it’s too contaminated to recycle.

They said that they will send back 8 containers of household rubbish, containing about 210 tonnes of waste back to Australia because of too much contamination.

I can’t blame them, really. Additionally, they found materials like used nappies and soft drink cans in the container. The containers should only consist of papers, but they added other mixed plastics and B3 waste.

Indonesian customs officials announced that containers of paper from the Australia waste export process were contaminated by e-waste, used cans, plastic bottles, old engine oil bottles, and loose shoes. Furthermore, they also sent back 49 containers full of rubbish back to France and other well-developed countries.

As a result, the Batam Customs Office planned to send 38 containers carrying hazardous and toxic waste back to their respective countries of origin which includes Australia, the US, and many other European nations.

In other news, Malaysia also sent waste back to Australia and other developed countries.

Back in 2018, Malaysia became the world’s main plastic waste dumpsite. The report stated that Malaysia will return about 3000 tonnes of non-recyclable waste to other countries such as Australia, the United Kingdom, Canada, and the United States of America.

According to Yeo Bee Yin, Environment Minister, many developing countries like Malaysia have become dumping targets of developed countries after the China waste ban, which messed up the flow of more than 7 million tonnes of waste a year. Yeo stated that 60 containers were smuggled and bound for illegal processing facilities in Malaysia. Additionally, the containers were found full of contaminated waste.

“We have received the recommendation letter from [the Environment and Forestry Ministry] regarding the containers. Our next step is to send notice letters to importers to re-export [the containers] back to the countries from where the containers departed, as they had been proven to violate the rules,” said Susila Brata, head of the Batam customs office.

Last 9 August 2019, the Australian government agreed to ban exporting recyclable waste, which I think is a very great move.

They agreed that the strategy must find ways to reduce waste (especially plastics), decrease waste going into landfill, and maximise Australia’ waste management and recycling capabilities.

Australian Prime Minister Scott Morrison stated that waste management became an “issue of great concern right across the community” and “dear to the hearts” of his state colleagues. Additionally, Ministers agreed that waste plastic, paper, glass and tyres yet to be processed should be subject to the export ban, as per the Australian government.

They decided that the ban should be effective on 1 July 2020 with the aim of banning the export of:

As a developed country, we here at Australia should practise waste management and recycling more.

I once read a piece of news stating that Australia aims to divert 80 per cent of waste from going into landfill by 2030. That sound good, all in all.

But that is all in the past. We, as a nation, should maximise our resources. We should also do the best we can to manage waste and recycling for a sustainable future.

Waster: your partner in waste management and recycling

Are you a business in need of waste and recycling service? If so, check out our waste recycling shop and decide which service best suits you!