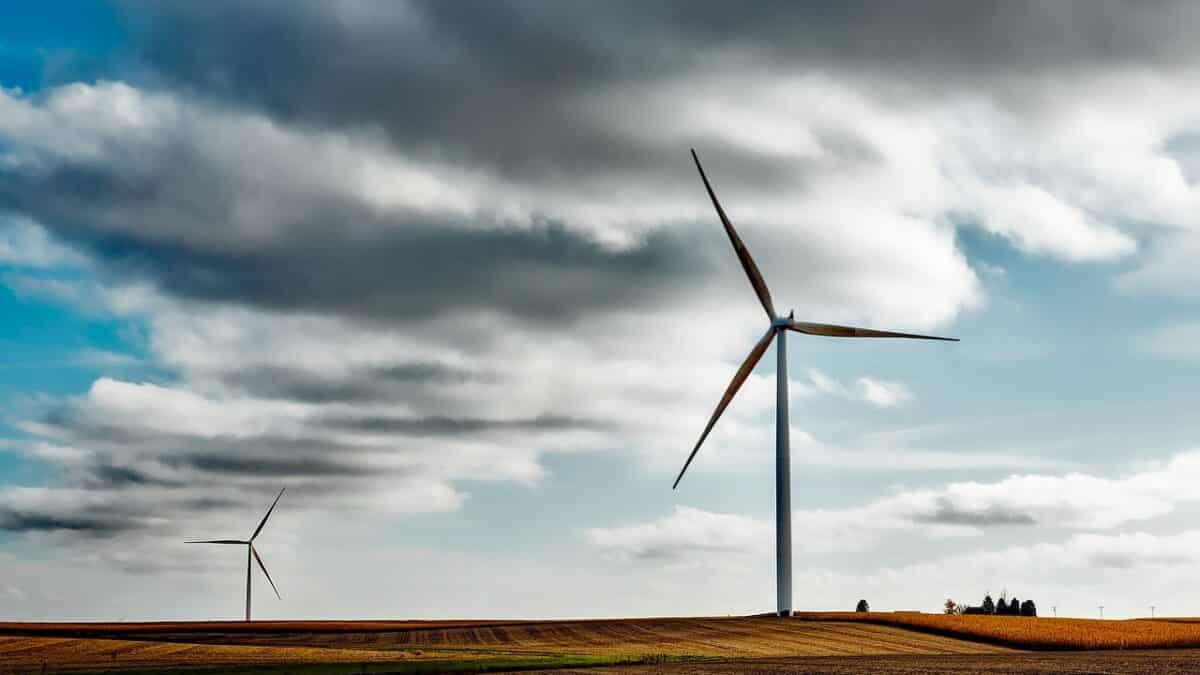 Can Wind Turbines Be Recycled? 🍃 Let Us Discover

Can Wind Turbines Be Recycled? 🍃: In this blog, we talk about wind turbines’ recyclability. They have become quite an issue to us, with them piling up in landfills. Plenty of companies have begun exhausting their resources and continue to find ways to deal with these blades.

Plenty were surprised when they read about our written blog on aeroplane demolition and recycling. They certainly did not expect that some bodies dedicated themselves to tinkering, removing and reusing parts of a complicated machine. However, will this also be the case for wind turbines?

As a child, I always found myself fascinated when I see these huge wind turbines. Whenever I see them, I always got a peaceful vibe. Wind turbines can calm some nerves down; that is for sure!

But now that I have grown up, I’ve seen them in another perspective. Of course, I still feel at ease when I see them. However, I have also become quite the environmentalist myself and wonder where do they go at the end of their lives – the blades, specifically. The wind turbines I saw as a kid probably now rest at landfills, unfortunately.

What about the resting wind turbines of today?

Finally, here comes the important question: can wind turbines even be recycled? The answer? Let us see below.

Can wind turbines be recycled? Recycling them might be a challenge

Truthfully, plenty of us folks never expected the size of wind turbines. What looks little when viewed from afar or from books and televisions is actually quite gargantuan when one goes near it. Wind turbines used for energy production exceeds 50 metres in length. Bloomberg’s Chris Martin even stated that it far exceeds a Boeing 747 wing.

So, what does this all mean?

Quite simply, it means that wind turbines cannot simply be taken away and recycled and/or landfilled. Proper personnel first make them as small as possible so that they can take them away. Typically, they saw them using an industrial saw covered with diamond. This diamond-covered saw is then used to cut through flexible fibreglass. They cut them into three so they can go fit inside tractor-trailers (or simply a truck).

The severed fragments look like bleached whale bones nestled against one another.

Problem in the US

Tens of thousands of aging blades are coming down from steel towers around the world and most have nowhere to go but landfills. In the U.S. alone, about 8,000 will be removed in each of the next four years. Europe, which has been dealing with the problem longer, has about 3,800 coming down annually through at least 2022, according to BloombergNEF. It’s going to get worse: Most were built more than a decade ago, when installations were less than a fifth of what they are now.

Unfortunately, one cannot just simply crush, recycle, reuse or repurpose wind turbine blades. Alternatives were not found… not until this period in time. We will delve deeper below.

Finally, we may see an end on wind turbines cluttering and rotting away in landfills.

Using the new technology the glass or carbon fibre is separated from the resin and then chemicals further separate the resin into base materials, that are “similar to virgin materials” that can then be used for construction of new blades. Vestas said.

The project is a cooperation between Vestas; chemical producer Olin (OLN.N), which produces resin for turbine blades; the Danish Technological Institute, an independent research and technology institute; and Denmark’s Aarhus University.

The project aims to develop the technology for industrial scale production within three years and also sees potential for the technology to be used for airplane and car components.

Basically, the program aims to shred and use the raw material from wind turbines to manufacture cement. This, therefore, creates what we call a ‘circular economy‘. Check out our blog regarding that – that might also be a good read for you.

As a result of all of this process, we can also expect wind turbines to become fully recyclable. In addition, this also reduces carbon dioxides emitted from producing cement by a significant 27 per cent.

Conclusion: we hope to see more wind turbines get recycled

In the past, no one would have expected to fully recycle wind turbines. After all, who would not find them too large to even do anything?

We here at Waster certainly hope to see more development – not specifically in recycling but in other sustainable ventures.

Do you, too? Leave a comment below if so!

On a different note, can we find value in tinkering with old mobile phones? Can we find valuable metals such as gold, even? Learn more by watching this video below: