Waste To Energy Australia 🔋: We have argued in recent blogs – which I hope you have read – that we should not penalise dumping food waste at landfill as we do currently. We argued that due to the potential for waste to energy (and no real other viable alternatives), food waste in landfills or anywhere else is really not that bad an idea (i.e., organic waste processing is good).

Whilst I completely understand that this argument may be unpopular and lead to a backlash, the arguments, I think, are pretty solid. We also need to remember that this assumes that all food waste has been donated to charities, food banks, etc. wherever possible – specifically through organisations such as SecondBite and any similar organisations.

The main reasons we argue these are:

It is cheaper to have a bin full of plastic removed than a bin full of organic produce – that makes no sense to me at all. It is down to the weight, pure and simple. A landfill levy that views all waste as equal does not currently exist. Thinking like that should definitely change.

We provide all the required waste and recycling services such as general waste bin hire, cardboard bins and of course, organic waste solutions.

You can arrange all your services in complete confidence with our flexible 30-day agreements, no rollovers and zero hidden fees.

Click the blue links at the top and bottom of this page.

We have argued before that with improved gas capture at landfills (see Melbourne landfill); we could power our cities purely from rotting material! This may not be totally the case as we look at the waste to energy statistics, but it could certainly help.

The excellent website theconversation.com often has good articles on the environment and recycling. And the one on biogas is no different. We quote below the sheer amount of organic waste:

“Australia produces about 20 million tonnes of organic waste per year from domestic and industrial sources. This in turn accounts for a large portion of national greenhouse gas emissions. Manure from livestock industries alone accounts for 22 Mt of carbon dioxide equivalents.

“Organic waste, when broken down by bacteria, produces methane-rich “biogas” that can be used to generate electricity and heat.

“According to one estimate, if all the organic waste from Australian domestic, industrial and agricultural industries was treated in biogas plants, it would have the potential to produce around 650 megawatts of electricity. That’s enough to power almost one million Australian homes.” 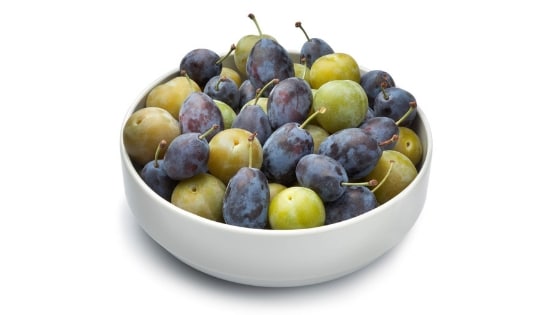 How does waste to energy work?

To understand waste to energy easily, Waster will discuss this in this section.

Basically, waste to energy occurs when municipal solid waste (MSW) is burned in boilers to produce steam. The steam is then used to generate electricity.

Emphasising the need for waste to energy technology in Australia

I know everyone knows the importance of WtE plants. By now, you would probably be like, “Geez, I already know this. Just stop!”

But still, I cannot help but discuss waste to energy plants in Australia’s benefits for further emphasis on this particular topic.

Some might think of waste to energy as just another incineration method that produces harmful gases. Waster would vouch against this and insist that this is far from the truth.

Aside from powering up vehicles, industries and more, it has its environmental benefits.

Basically, waste to energy or energy from waste reduces waste safer than when incinerating. That is because, unlike incineration, waste to energy gives people the option to dispose of waste in a much safer manner, By a safer manner, we mean that it has reduced greenhouse gas emissions, cleaner energy generation and the opportunity to recycle metals.

As a result of this, less waste goes into landfill, therefore reducing the need to expand landfills, in general. A positive chain of effects happens that greatly benefit the environment. Below, Waster will discuss the benefits of waste to energy.

A technology to combat climate change

A long time problem on Earth that I think everybody knows by now is, of course, climate change. Year by year and decade by decade, global temperatures continue to rise, much to the fright of everyone. We have greenhouse gases to thank for that.

Methane, in particular, is regarded as a dangerous greenhouse gas that greatly contributes to climate change. It is more potent than carbon dioxide by a wide margin – 20 to 30 times more potent.

Waste to energy plants, when properly supported in Australia, can help reduce methane emissions whilst producing a much more significant amount of electricity than incinerating waste at landfills. The waste to energy plants industry is the only energy generator that does not contribute to greenhouse gases. In fact, they even reduce it! This is possible due to their advanced technology that deals with pollution.

As you’ve read from the title above, building waste to energy plants around Australia such as the ACCIONA currently being built in Rockingham can reduce fossil fuel consumption. Excessive fossil fuel consumption has long been an issue worldwide that needs to stop. And, building waste to energy plants in Australia can help with that.

Trucks transporting the waste to waste to energy plants will have shorter routes to travel, as a result. Moreover, this also means less air pollution emitted from the truck. This will tackle the problem of trucks travelling long distances to transport waste to large-scale regional landfills.

Lastly, waste to energy plants in Australia can open up plenty of job opportunities. The available positions there will go to individuals with high levels of skill. Rightfully so, they will be compensated, making the jobs there high-salaried. That is because in a waste to energy plant, mistakes should occur less as much as possible, the reason for acquiring skilled individuals. How much energy from waste do we currently see in Australia from organics?

Despite the huge potential of waste to energy and the potential for energy production from waste, it is still under-resourced and supported.

In fact, we still tax organic waste dumping at landfill through levies. But, we have not really invested in large scale alternatives (i.e., as if the food waste is expected to vanish into thin air). See a blog here on the economic value of trash.

You can not really incentivise recycling when there is no other facility available for many customers.

The amount of waste to energy (organic waste) currently is low:

“Renewable energy provided 14.8% of Australian electricity generation during 2013. Bioenergy totalled 7% of this, with biogas contributing to about 2.0% of the share of total renewable electricity capacity. In comparison, wind stands at 26% while solar power is 11%. The bioenergy industry expects biogas could be more important than solar, and as important as wind. The remainder of Australian bioenergy comes mostly from the combustion of sugarcane waste, also known as bagasse.”

The benefits of waste to energy are even more clear for farms and rural businesses where haulage to landfill is difficult.

This waste to energy approach can even reduce odours:

“Abattoirs, dairies and poultry farms are also investing in biogas technology as they look for a means of solving their waste and odour problems as well as reducing their carbon footprints, not to mention their electricity and natural gas bills.”

Is energy from waste in Australia renewable?

“But in a biogas system, this methane is captured and ultimately converted to CO₂ when the fuel is burned. Because that CO₂ was going to end up in the atmosphere anyway through natural degradation, biogas has zero net emissions.”

Conclusion on biomass and waste to energy in Australia

At Waster, we really believe that food waste has to be seen as a cold, hard money-making resource for our country.

The potential for energy production from waste is huge and renewable, in every sense of the word. It is also definitely a net positive for the country and the world.

The food is being produced; the waste is being dumped – we might as well make electricity from it!