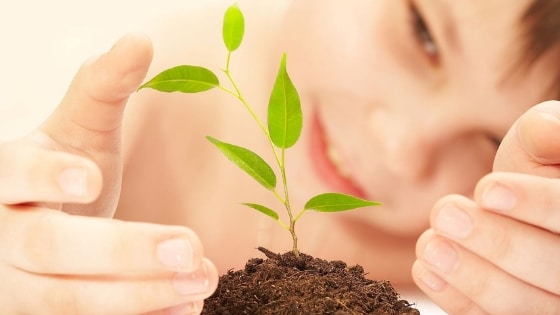 Why Is Recycling Good For The Economy? ♻️ – And Is It Always?

Why Is Recycling Good For The Economy? ♻️: At Waster, we are always explaining to customers and potential customers that recycling can be very good for their business. In Australia, due to ever-increasing landfill levies on dumping in general waste and the relatively cheaper cost of recycling (such as commingled or cardboard), you can generally save money by recycling. Why recycling is good for the economy is a much wider question, however. This wider question has, of course, to address business. But it also addresses society and the environment at large.

When Mr Waster was studying economics at University, he learned about externalities (i.e., impacts of actions such as recycling or choosing not to recycle) that may not be readily visible.

An answer to why recycling is good for the economy has to look at many varied aspects – from the environment, air pollution, local business and also, of course, other businesses such as mining, production etc.

Let’s try to look at a couple of these below.

Why is recycling good for the economy?

We can put the arguments for why recycling is good for the economy under the following general categories:

The recycling industry and, of course, responsible waste management create lots of jobs in Australia and globally. Doing the right thing from collecting recyclable materials to working in recycling plants creates lots of jobs right here in Australia.

This is particularly important as many manufacturing jobs have been offshored in recent years. The website The Fifth Estate argues that many jobs could be created by recycling at home rather than exporting recycling overseas:

“About 500 jobs could be created if Australia domestically re-manufactured 50 per cent of the material formerly sent to China before a ban on waste imports, according to a new report.”

In the much larger USA,  “recycling accounts for 757,000 jobs and $36.6 billion in wages across America” – according to Evergreen Environmental, LLC.

Using the recycled materials can also create new industries – from reigniting domestic manufacturing to using the materials in ideas like plastic roads with long term benefits for Australia. Environment benefits to all

It sometimes is forgotten. But, a clean and pleasant (as well as healthy) environment has real economic value to citizens and the country. In addition, a healthy environment leads to general well being, increased tourism and reduction in animal and wildlife pollution.

Australia is regarded as a great place to live partly due to the amazing clean environment.

Recycling is good for the economy because it can save us vital resources and energy. Recycling means we need to dig up fewer new materials or fuels. Using fewer resources today means we will have more for tomorrow – and who can forget, reduce greenhouse gas emissions.

The amount of energy you can save is huge. Evergreen Environmental, LLC tells us that:

“One ton of mixed paper recycled is the equivalent of saving 165 gallons of gasoline in terms of carbon dioxide reduction. After all, one aluminium can alone produce enough energy to power a TV for 3 hours if reused and recycled”

I had a school teacher who always told us that “war is the great locomotive of history” meaning that the necessity of wartime leads to technological and social innovations. Why recycling is good for the economy is similar.

Recycling is also a real plus to innovation and green tech.

In our blogs, we have regularly covered how recycling in Australia can create the high-quality green jobs Australia wants (why recycling is good for the economy). See our blogs on topics like:

Anyone as old as me may remember how the 1970s saw the global economy hugely impacted when oil prices rose.

Recycling greatly reduces this impact or makes similar impacts. As we become much more efficient in our usage of resources from cars using less petrol per kilometre to less oil needed for new plastic, we can shock absorb our economy against unexpected threats.

However, is it always good? Is recycling always good for the economy?

I was very interested to read the paper this week; some retailers are arguing that the plastic bag ban introduced in Australia in 2018 is having a very negative impact on shopping and consumption in Australia.

“Australian businesses have warned Treasury that bans on plastic bags are contributing to the weakening economy as shoppers are unable to carry large amounts of groceries to their car or home, confidential briefings reveal.”

Some leading economists cast doubt on this, however:

“UNSW Business School professor of economics Richard Holden said if there was a shift towards consumers buying fewer groceries it was likely they were forgoing purchases of unnecessary items. This would benefit workers by leaving them with more money to spend on things they actually need while not adding to the growing amount of food waste across the nation, he said.”

“It’s hard to believe there will be a macroeconomic effect from plastic bag bans,” Professor Holden said.”

Conclusion: recycling is good for the economy

In conclusion, I suppose you will have as many opinions as you have economists. And in general, there are lots of good reasons why recycling is good for the economy – just as much as it is good for the environment!