Can You Recycle CDs? 💿 Recycling E-Waste And Media Tips In Australia

Can You Recycle CDs? 💿: Back in the day, we did not have the convenience of watching movies through streaming services and digital downloads.

We watched it the good old fashioned way: sticking CDs and DVDs in our home players. Maybe I am showing my age!

But now that the digital age evolved immensely and thwarted CDs and DVDs as the number 1 sources of media and film entertainment, what do we do with them?

Can we recycle CDs and DVDs?

A little bit about Waster

Before anything else, are you a business owner looking for a high-quality and affordable waste management service?

Then you’ve come to the right site! Here at Waster, we offer high-quality waste management for small and medium businesses in Australia.

Waster enables you to access the lowest cost / cheapest bin collection, removal and disposal prices available in the Australian garbage and recycling market whilst requiring no lock-in contracts, no unjustified rate increases and no hidden costs.

We even handle e-waste such as CDs and DVDs waiting to be recycled, amongst all others. You can do so by availing of our Office Supplies Zero Waste Box as an example. We have another TerraCycle Zero Waste Box available for you to recycle your CDs. We have stated it at around the end of this blog. Check them out now!

For more of your waste and recycling needs, click the blue button below.

READ: What Is Greenwashing? 🌿 ❌

Now, on to the topic at hand!

Can you recycle CDs? Let us discover

Before continuing on with the topic of recycling CDs, let me first share with you a brief background of what a CD is.

Compact disc – or CD for short – is a digital optical disc data storage format that was developed by Philips and Sony. It is mostly made out of a plastic called polycarbonate, aluminium, and another layer of plastic and lacquer. Its main purpose is to store digital information. A while back, CDs were a source of digital music recordings and storage of computer data.

The rise and domination of CDs in the market took place in the 1980s. It started with the release of Dire Straits’ Brothers in Arms album, which was recorded on CD. It started a world tour sponsored by Philips.

“The higher you rise, the harder you fall.” Apparently, the reign of Compact Disc was short-lived.

With the apparent rise of streaming service tycoons Spotify and iTunes, as well as movie streaming applications like Netflix; CDs were bound to fall, after all.

The downfall started when digital downloading and streaming beat CDs in sales for the first time last 2014-2015.

After that, CDs never recovered. 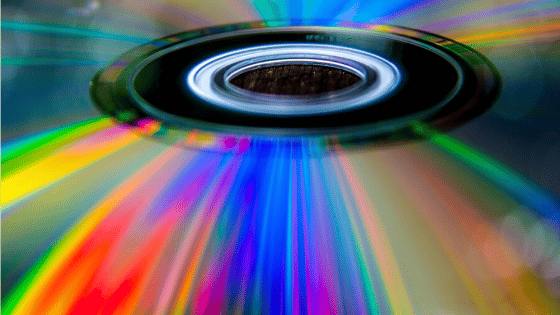 While you’re at it, why don’t you read our blog about the recycling separation process? This can help you with recycling CDs, after all!

I know for a fact that many of you, readers, upgrade your items when you have the chance. You might have encountered your grandad’s classic vinyl collections or your dad’s AC/DC Back in Black CD album.

But like any other electronic items, they are bound to be replaced by the latest technology.

Now, what happens when CDs turn useless and get discarded? They turn into what we call “e-waste”. E-waste, or electronic waste, is outdated electronic material.

Examples of these include televisions, microwaves, computers, cellphones and CDs. They pose a huge threat to the environment because of their toxic and hazardous materials.

According to Novak Sanitary Services, “Consumers demand the ‘the next best’ thing and companies answer that demand by updating and improving devices.”

As a result of the fast-paced updating and improvement of technology, older electronic products get disposed of – accumulating at a scary rate.

There would not be a problem if every discarded product gets recycled. Unfortunately, that is not the case.

Did you know that creating a CD creates one kilogram of carbon dioxide that is released into the atmosphere? Add that to the number of CDs produced and you’ve got 2,455,000 metric tonnes of carbon dioxide produced every year from the creation of CDs.

Another thing, a CD can take 1 million years before fully breaking down. Imagine millions of those going into landfills, really makes you wonder, right?

Factor in the plastic jewel cases that hold the CDs, and you have a wombo-combo of pollution. CD cases are made of polyvinyl chloride, classified by EPA as a human carcinogen.

According to Dr Allen Hershkowitz, a senior scientist consultant at the Natural Resources Defense Council “We’re using oil we can’t spare and known chemical carcinogens to create something most people don’t want.”

He added “Think of it as being 100 per cent global pollution, hazardous air emissions, hazardous waste and lost biodiversity,” along with “Factor in the virgin timer-based paper inserts and you have what might be the most environmentally ignorant package ever devised.”

As a result, what can be done to save the environment?

What steps do we have to take to remove the possibility of CDs going into landfills? All the more reason to recycle these environmental trouble makers!

Recycling is possible and yes, you can recycle your CDs

Now that you prefer the much more convenient digital streaming and downloading, what do you do now with your outdated CDs?

You might be wondering, “Can you recycle CDs?” Quick answer: Yes, of course, you can recycle CDs!

Recycling CDs involve the recovery of its components – mainly polycarbonate and aluminium. The recovered materials from recycling CDs can be reused to make other products.

According to Business Recycling, 98 per cent of the recovered materials from CDs are reusable materials. Because of this, many public and private firms around Australia happily accept CDs for recycling.

Did you know that polystyrene can also be recycled like CDs? We made a blog about it, so check it out to learn more!

Some products that can be made from polycarbonate involves the following:

Furthermore, aluminium can also be transformed into other items such as:

Although CDs cannot be placed in single-stream recycling bins, you can still find other firms that will accept them.

As per Lifehacker, some examples of firms accepting CDs include Planet Green Recycling, ShredFast, CD-ROM Services, and Gram Destruction. Additionally, you can also recycle your CDs by enquiring with Officeworks. Bring it to them instead of binning it!

Waster can help you with recycling CDs

With the growing number of discarded CDs, much help is needed in order to fight off CDs going into landfills.

Here at Waster, we are here to help. We have partnered with Terracycle to provide you with a way of properly disposing of CDs.