How Much Recyclable Material Ends Up In Landfills – And Is It Getting Worse?

At Waster – we often meet with potential customers who are very suspicious about recycling and how much recyclable material ends up in landfill. To be honest, some people really believe the whole recycling industry is a con job – and we are often asked does recycling go to landfill?

Surveys of the general population even reflect this lack of confidence. The Guardian newspaper reports:

“Two-thirds of Australians believe their household recycling is sent to landfill and 72% said they would recycle more if they knew that their household waste was reliably recycled, a survey has found.”

The news in the last week has covered a number of stories about how much recycling ends up in landfill – as numerous Victorian council areas have started sending their recycling direct to landfill. This is also impacting commercial collections (including Waster) in Melbourne in the short term.

In today’s blog – we will answer as many questions as possible  – and hopefully give some clarity to the question.

How much recyclable material ends up in landfill in 2019?

We have covered in previous blogs (why recycling is a waste of time!) – how recycling is not a fit all solution to our consumer and throw way culture. Recycling handles only a percentage of the total waste produced with huge volumes of waste ending up in landfill.

Actual figures as to how much recyclable material ends up in landfill are impossible to calculate – given the mixture of wastes and various locations dumped at.

“It’s hard to say exactly how much recycling is processed in Australia, as there’s no coherent national database of facilities. But, according to a 2011 government report, Australia generates roughly 50 million tonnes of waste a year, around 50-60% of which is recycled.” See our blog on the value of waste here.

Let’s ask two questions re does recycling go to landfill -How Much Recyclable Material Ends Up In Landfills?

Question 1 – does recycling collected in recycling bins go to landfill

The answer is yes – though at a much lower rate than people think. Due to ever increasing waste levies – it is in waste companies financial interest to recycle as much as possible. Due to the cost of recycling vs landfill – (i.e. $300 a tonne for general waste tipping in Sydney – versus a cash rebate for cardboard) – it explains why companies really are inventivized to recycle wherever possible.

Of course – some unscrupulous companies will misrepresent where waste goes – such as the practice by some firms of shipping huge volumes of waste to Qld – to avoid the NSW waste levy. However, in the vast majority of cases, commercial recycling is recycled.

This is different for many council recycling services – see below for more detail. Question 2 – does recycling in general waste end up in landfill

How Much Recyclable Material Ends Up In Landfills. The answer here is of course – yes. Huge volumes of recyclable materials disposed of in red general waste bins (i.e. not recycling bins) end up in landfill. There is not a huge amount that can be done – nationwide in this instance in 2019.

There are promising technologies coming on board that will recycle from general waste – but they are currently niche or small facilities.

The answer is no – landfills are a bit like graveyards. Once in landfill – it basically decomposes and rots away. Modern landfills capture the gas and create electricity – and some people (like Waster) argue that food waste in particular will be a valuable commodity in the future – to produce electricity.

Why are councils sending their recyclable materials to landfill then?

You may have read articles recently saying many councils are sending their recycling to landfill. The ABC reports that:

“Four Melbourne councils have now confirmed they are sending their recyclable waste to landfill after the Environment Protection Authority (EPA) banned one of the state’s largest recycling companies from accepting waste at two of its facilities.”

“The EPA on Friday banned SKM Recycling — which receives about half of Victoria’s kerbside recycling across three sites — from accepting material at its Coolaroo and Laverton North sites.”

This has led to a short term issue where recycling facilities (commingled recycling) in the Geelong area – are over capacity – and can not accept any more material due to health and safety grounds.

This is impacting all Geelong area collections including commercial services for the short term.

How Much Recyclable Material Ends Up In Landfills – What is causing this issue?

The major problem is threefold:

– The low quality of recyclables collected from residential commingled bins. Councils always take away the commingled waste – and in many cases it is basically waste. If these bins were for commercial collections they would be rejected by the truck. However, councils are under more pressure to accept low grade recycling

– China is not accepting this low grade recycling any more. Since 2018 – China is only accepting high quality, clean recycling materials.

– A lack of recycling facilities suitable for this type of waste. The closure of one facility in Melbourne has resulted in four councils sending their recycling to landfill.  This highlights a lack of investment in recycling, a clear misalignment of recycling incentives for households (to separate waste), councils, and recycling firms (i.e. to invest in new facilities).

One of the biggest issues in Australia is our lack of manufacturing – there is basically little point in recycling materials – that will need to be shipped of shore to be used in manufacturing again. This is an unforseen impact of the reduction in Aussie manufacturing over the last 40 years.

Conclusion on how much of recycling goes into landfills:

There is a real disconnect between what people want and what is practical:

“Asked how they would prefer Australia manage its recyclable waste in the wake of that decision, 69.7% of respondents said that it should “invest in new technology to reform waste into high-value materials for re-use”, while 16.6% supported it be incinerated for electricity generation. Only 2.7% supported finding another country to take up the export trade, and 5.7% supported dumping it in landfill.”

The problem here is two fold – the technology does not exist in a number of instances i.e. to separate and recycle materials – and secondly – even if it is recycled in Australia, there is very little actual manufacturing industry left to use the recycled materials.

“A recent Ipsos study has revealed 20 percent of Australians put their recycling items in a plastic bag and place it in the yellow bin.”

In many ways – people want to continue the consumer and throw away lifestyle and blame someone else for not recycling everything and making the problem go away.

There is no existing or likely recycling technology that will be able to really recycle – and I mean make suitable for valuable reuse – that can deal with the shear volume of plastic junk we buy and throw away.

The problem is huge – and is a society wide issue – but we have not even asked the questions – let alone come up with a real answer.

It is always someone else’s fault! Am I getting grumpy in my old age? 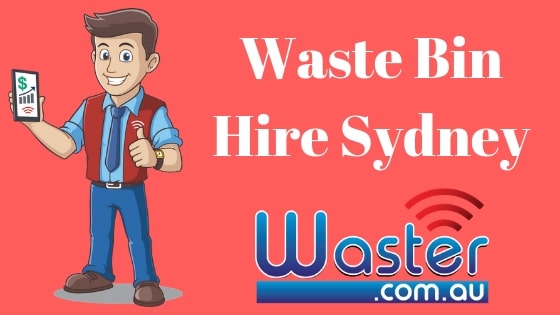 Waste Bin Hire Sydney ✅ – What Does Hiring A Bin Involve For Business?

How Much Waste Does Australia Produce? 🤔🗑️ Can You Recycle Pyrex Glass? 🥛 – And What To Do With Them