Planned Obsolescence – What Is It And What Does It Do?

Together with plastic pollution, toxic e-waste materials continue to pester the environment around us. And that has something to do with how technology is manufactured nowadays. Let me discuss it more to you, readers.

Before I continue further on the topic of planned obsolescence, let me first discuss with you Waster.

Waster is an innovative solution for your waste management and recycling needs. We offer 30-day, flexible contracts to small and medium businesses all throughout Australia. Additionally, Waster is proven to be a high-quality bin service provider.

Planned Obsolescence: What Causes It?

Did you know that the average Australian household produces about 73 kg of e-waste a year? Additionally, 700,000 tonnes was produced in Australia in 2018. On a global scale, we generate around 50 million tonnes of e-waste each year.

What causes this, anyways? I can think only think of one thing, and that is the fragility and built-in obsolescence of technological materials nowadays.

A little over a year ago, Italy fined Apple and Samsung for deliberately slowing down their older models of phones. Why do they do this? Well, the reason for that is simple: you get annoyed long enough due to the slowing down of your phone, which then forces you to buy a newer, much more expensive model. 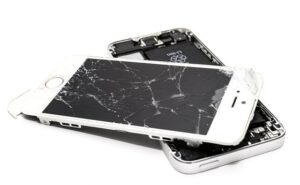 This proves to be detrimental to both the people and the environment. Planned obsolescence impacts the environment greatly in a negative way as it produces more e-waste. Furthermore, the e-waste generated eventually ends up in a landfill in developing countries. Read our blog on Australian waste export to get a clearer view.

Marketing strategies nowadays technically make things worse. They promote the notion that “new is always better” instead of focusing on the sustainability and longevity of a product, especially technology.

Some Positive Effects Of Planned Obsolescence

There are some positive effects in doing planned obsolescence, specifically in the economic model standpoint.

First, it creates job opportunities for people. Generally, in order to produce more products, you need more people. Second, it helps companies increase revenue. But taking all of these into account, it looks like only companies benefit from this instead of others.

Going Further Into The Negative Effects Of Planned Obsolescence

Planned obsolescence tremendously helps companies in selling their products, there’s no doubt about that. But that simply is not true for almost everything – and everyone – else.

As a result, here are some negative effects that planned obsolescence brings:

How Do You Counter It?

Now, how do we even counter a phenomenon such as planned obsolescence? Is there a solution for it?

There is! So let us discuss them further.

Is Recycling Doing Enough To Help?

Is recycling doing enough to help the environment from planned obsolescence? Maybe it does, or maybe it doesn’t, I suppose. But let’s discuss further.

Take for example this blog about a long-lasting light bulb. Did you know that it has been operating since 1901? Certainly, they don’t build light bulbs like that anymore.

Modern LED light bulbs now typically work differently, albeit in a much more inefficient way. According to the above-mentioned blog, modern light bulbs last only about more than a month if they’re continuously lit all throughout the period. This is certainly a LED light bulb and planned obsolescence process in work.

Which begs me to my next question, are they only using recycling as an excuse to downgrade gadgets in order to buy newer models, which in turn promotes planned obsolescence and e-waste pollution?

I myself wouldn’t really know, but I do know that recycling is only part of the solution. Those people concerned should find ways to remove, or at least reduce, planned obsolescence without compromising the market.

In order to achieve a sustainable environment, one must not solely rely on recycling. Produce less to pollute less, as they say.

Check out our Terracycle Media Storage – Zero Waste Box for your e-waste needs.

Read more: See blog on what things can we recycle at home.