Contaminated Waste Disposal ☢️ – What To Know About Recycling Contamination

Contaminated Waste Disposal ☢️: If fines of up to 500 dollars won’t make you rethink the next time you unwittingly throw something away, nothing will! This goes to show that the cost impact of contaminated waste is literally at your own disposal – if not, may currently be hidden from your view.

Recycling has really changed over the year and decades. We discover more and more recycling innovations as time goes by. But even with all the recycling innovations that happened (and still continues to happen), certain problems still occur that resulted from either confusion or even plain ignorance (sorry for the harsh term).

We all know what happens to trash eventually. Waste destinations include landfills, waste-to-energy plants, recyclables and composting. Understanding the life cycle of waste is of utmost importance as it correlates directly to proper waste disposal and management.

Before we continue our topic on what happens when recycling is contaminated (i.e., contaminated waste disposal), let me share more information about Waster.

READ: How To Make Diesel Fuel From Plastic Waste ⛽

Contaminated waste disposal: And its impact on waste management

Recycling contamination occurs when materials are sorted into the wrong recycling bin.

You must know beforehand what the term “recycling contamination” means.

We can consider many items as contaminants when recycling. Generally, recycling contamination happens when non-recyclable items make their way to a recycling bin, mixed with the recyclables.

The average recycling contamination rate is 25 per cent or 1 in 4 items! This means that every 1 in every 4 items set for waste disposal is contaminated.  It also occurs when containers are not properly cleaned or emptied such as residual food inside takeaway boxes.

When waste is in the wrong recycling container, even recyclable materials, such as plastic and other paper products, can act as contaminants. The only time it is okay to “co-mingle” or mix recyclables together is when you have an agreement to do so with your recycling service provider.

It’s worth noting that recyclables that contain residues such as food waste, oil, and grease can contaminate other recyclables.

(Important note: recycling companies have varying tolerance on what’s acceptable for collection. It is best to check with your chosen recycling provider)

Here’s a tip to remember: anything other than the specific material you’re collecting or disposing of can be a contaminant. When your waste is contaminated it is less likely to be separated properly and find its way to proper recycling.

The bottom line is: unsorted and contaminated waste disposals are an unquestionable liability.

Residual waste is the most common culprit of waste disposal. Mixing just a bag or two of food waste into recyclables renders an entire bin load as nothing but absolute rubbish.

This can greatly hamper any step that is within the life cycle of waste, potentially causing more havoc. Luckily, turning your home waste flows from essentially a polluting problem into a best-practice recycling system is actually relatively easy.

Comprehending how contamination affects your waste costs is the key to discovering a better approach to waste management.

Contaminated waste disposal, obviously, is something we would want to avoid at all times.

When recycling contamination happens, it brings about a number of undesirable negative effects.

Contaminated waste disposal: a quick rundown on how this problem started

Once upon a time, people did not even know the concept of recycling contamination. Contaminated recycling did not happen to them when they had their own way of recycling back then.

That all changed when the world introduced single-stream (what we know as commingled recycling) wherein you could put different kinds of recyclables without having to separate them. Commingled recycling had its fair share of positives as it encouraged households and businesses alike to recycle as it became easier. As a result, more people participated and recycling rates became higher. Everything seemed good and all, but then came the negatives.

Packaging, as time went by, became more complex as to accommodate what it contains and keep it in its best possible condition. We see plastic packaging with different components more and more each day.

This, of course, led to confusion. One might think that this is recyclable, only to find out that it contains another non-recyclable material. This then leads to contaminating a recyclable batch with a foreign item. Symbols were then etched onto the item’s packaging (made even easier with the Australasian Recycling Label) to determine its recyclability – a good solution but sadly did not remove recycling processes getting contaminated from happening.

Contaminated waste disposal requires our undivided attention. This is why contamination is such an important issue to tackle.

Contamination (specifically contaminated waste disposal) is the single biggest and growing problem we all are likely to face with waste disposal. For one, failure to properly separate different kinds of waste means that we have to pay more to get rid of it. Secondly, we are more likely to lose track of exactly what waste we are producing. Lastly and most importantly, we continue to pollute the environment instead of being part of the solution.

The inception of contamination is when the wrong items go in the wrong bin.

When the occurrence of contaminants becomes too great, landfills become their destination. That is – even when including items that are viable for recycling. This happens because recycling after all is a business.

Recycling becomes more expensive as money and time are required to separate contaminants. Radical plans have been put forward to fine Australians 200 dollars for putting the wrong rubbish in their bins.

The proposals would see a three-strikes policy threaten Adelaide residents and businesses, with fines of up to 187.50 dollars for using the wrong recycling or green waste bin. 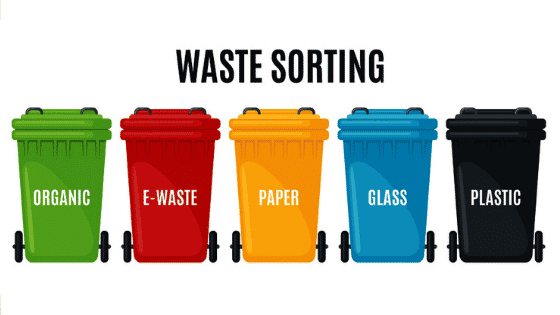 Meanwhile, in Bunbury, residents could be facing big fines if they put the wrong waste in their rubbish bins. Penalties range between 50 dollars and 500 dollars, depending on the offence. Putting the wrong waste in a general, recycling or organic bin could attract a 350-dollar fine.

How to deal with contaminated waste disposal

Contaminants turn your recycling into nothing more than trash. There are many types of recycling contamination, including plastic, food waste, and more. Nevertheless, some contaminants are worse than others and most are easily avoidable.

Contaminated waste is a problem, but straightforward to solve, when you strengthen management control of waste processes. The best part of improving your waste management is that it does not cost you extra.

In fact, you save costs via income from clear streams of recyclables.

The best way to solve most problems is through communication, and that should include your recycling provider.

How to prevent contaminated recycling from happening

Research or reach out to your provider to establish the best way to prepare your recycling according to your provider’s needs. Many communities have “single-stream recycling”. That means sorting on their end is unnecessary.

For the rest of us, it requires a little extra effort.

To cut down the occurrence of contaminants and lessen contaminated waste disposals, try labeling each recycling container. Pictures are always helpful if you want to take the extra step.

Remember that there are hardworking people sorting the items you are recycling – without them, these items would just be trash.

Put them away and clean them properly.

Some might need thorough cleansing while some do not if you want to prevent contaminated recycling from happening. For example, if you have a batch of cans and plastic containers, place them in the recycling bin. Do not put them in anything (e.g., boxes and bags) and just put them straight into the bin. Before you recycle that plastic to-go container with food remnants or other elements, think of the person that will have to handle it. Give containers a quick scrape to ensure the removal of any excess food. Doing these things will make the recycling process more efficient. You do not have to necessarily have to rinse them with soap. Just make sure that they do not have any residue left. Check out our washing before recycling blog guide to learn more.

What about food packaging?

Food can also ruin a batch of recyclables and just send them to landfill. They usually come in packages made of paper and plastic. As a result, some mistakenly try to recycle these food packaging.

Avoid recycling these as they have food residue and other contaminants impossible to take out. These include paper coffee and soda cups, paper plates, frozen food packaging, takeaway boxes (e.g., Chinese takeout boxes) and fast food containers.

As for pizza boxes, you usually cannot recycle the greasy part. Compost the greasy part of the pizza box, instead, if allowed. Otherwise, you should put it in the general waste bin. You can just cut the pizza boxes for both recycling and composting. Take note that some places in Australia such as Onkaparinga, Adelaide can allow you to recycle your pizza boxes, with or without grease and without much effort.

As a result of doing this, you will increase the value of what you send to your local facilities. With your newfound knowledge of contaminants, you can help save the planet.

The next time you make that trip to the recycle bin, ask yourself: have you helped prevent contaminants?

We can pretty much avoid all of this from happening if we inform ourselves. Check first what you chuck down the recycling bin. Then, separate the non-recyclable from the recyclable. If need be, clean the recyclables first. It is that easy!