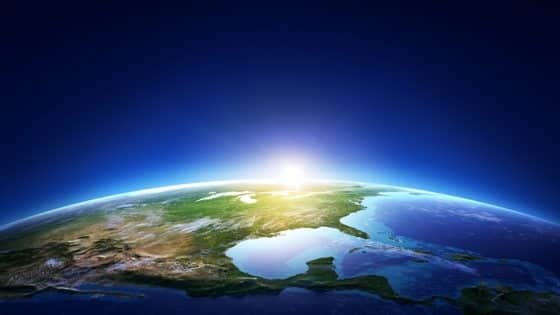 Waste Reduction: Why Reducing Plastic Garbage May Save The Planet!

If you read the title to this blog – you may even think it is a bit over the top. You may be thinking – waste reduction – sure – you are self serving by trying to sell bins of course!

However – in today’s blog we want to take a slightly different approach.

Usually – I am super positive about how recycling and using smart bin processes can really help the environment.

Today – I am a little less positive – and want to explain to you why I think we need to take drastic measures in Australia and globally.

We are turning our wonderful planet into plastic and we need to get serious about waste reduction!

In Australia – we are increasingly urban dwellers – our dear friends at the CIA tell us it is almost 90% now.

As a society we have moved away from our rural roots and are becoming increasingly detached from wildlife – both on land and at sea.

Our only real contact with ocean life is on our plates, at the beach or on a tv doco.

The really disturbing thing is that as we give huge attention to global warming (of course a valid topic) – the much more pressing issue of plastic pollution is really getting out of control.

We have blogged on the topic lots recently. To be honest – I find that all I am talking about these days is plastic pollution, recycling plastic and trying to have plastic waste reduction.

How bad is the problem?

In really simple terms – the problem is really bad and we need waste reduction.

We blogged recently that by 2050 – there will be more plastic in the sea than actual marine life by weight. Mental!

We blogged on how plastic drinking straws stay around forever and kill turtles and other animals.

We blogged on how plastic basically takes forever to break down.

Today I read an article about how plastic is basically seen as food by animals and how they are eating it in droves. Why are fish eating plastic garbage?

The BBC reports that:

“At least 180 species of marine animals have been documented consuming plastic, from tiny plankton to gigantic whales. Plastic has been found inside the guts of a third of UK-caught fish, including species that we regularly consume as food. It has also been found in other mealtime favourites like musselsand lobsters. In short, animals of all shapes and sizes are eating plastic, and with 12.7 million tons of the stuff entering the oceans every year, there’s plenty to go around.”

But why are they eating it:

“The prevalence of plastic consumption is partly a consequence of this sheer quantity. In zooplankton, for example, it corresponds with the concentration of tiny plastic particles in the water because their feeding appendages are designed to handle particles of a certain size. “If the particle falls into this size range it must be food,” says Moira Galbraith, a plankton ecologist at the Institute of Ocean Sciences, Canada.”

This is a real issue – as some of the newer – “biodegradable” plastics simply break down into very small particles – almost making the problem worse!

However – it also appears that animals seem to simply “like” the smell and potentially taste of plastic!

“Specifically, they implicated dimethyl sulfide (DMS), a compound known to attract foraging birds, as the chemical cue emanating from plastic. Essentially, algae grows on floating plastic, and when that algae is eaten by krill – a major marine food source – it releases DMS, attracting birds and fish that then munch on the plastic instead of the krill they came for.”

It is argued by the BBC article that plastic is seen as food due to its colour, smell, shape, size and potentially taste. Different animals even favour different colours!

Basically plastic has been around for only c.50 years and animals have no idea what it is.

See our blog on how plastic gets into our drinking water.

See a video below from a TEDx talk on the incredible scale of our plastic waste issue (among others) and why we need to act in a real way now.

Conclusion and next steps:

I think we need to act now – and I mean in many ways.

We need to think big thoughts – i.e. like phasing out plastic.

Like putting a big tax on using it for non vital things – like plastic drinking straws or coffee cups.

We need to lobby government and basically demand it changes.

Where do we start – first step is simply to buy less plastic and plastic packaging. For example – see this article about bananas in plastic boxes at an Aussie supermarket – pointless!

They say everything is driven by consumer demand – but consumers do not realise the impact of plastic – and that we are even eating it ourselves in ever larger quantities – due to the food chain.

I think we need to lobby government and anyone who will listen at this point.

Of course – government moves slowly – so I would suggest this as a grand plan – (no detail as yet) – but bare bones:

– Say no to plastic whenever possible as consumers

– Invest in startups and charities combatting ocean plastic – such as the Pacific Garbage Patch.

– Publicise the issue as much as possible

That is all I have right now. Recycle Beauty Product Containers – Easier Than Ever In 2019!